Bagus on a business trip to Rome to illustrate the “Bagus Relational Emotional Intelligence” projectat the Department for  Education and Skills (MIUR).
The project has been considered in perfect harmony with the general framework of the topics that the Department intends to address and deepen in the coming months.
Great interest and appreciation for the presented dossier, praised for completeness and professionalism.
The project aims to test the usefulness of the introduction in the schools at all levels of a new subject called “relational emotional education”.
The innovation of the project is that of the full involvement of the children as well as parents and teachers, who become not only recipients, but also actors in the training process.The project stems from an idea of ​​Katia Tafner, president of Bagus and of Dr. Cristiana Clementi, relational emotional trainer, the latter is also the developer of thereof and makes use of the expertise of professionals such as sociologist prof. Francesco Pira and lawyer Francesco Persio.

Katia Tafner said: “We are firmly convinced that this is the right way for the change necessary to improve the quality of children’s life and today’s society. The appreciation received today during the confrontation with an institution such as the MIUR strengthens us in our intent. The next step will be to create an active collaboration with regions and municipalities and with each school districts as we have been encouraged to do to reach the largest number of realities”.

As Dr. Clementi pointed out:“Relational emotional education is today the best tool we can provide our children to face and tackle all the problems we are witnessing and from which they risk being crushed. Developing emotional intelligence from an early age means investing immediately to achieve lasting results over time”.

In support of the project are also taking sides leading people who have distinguished themselves, with their careers and their example, in different fields such as culture, sport and entertainment. Kristian Ghedina, former ski champion; Laura Marzadori, concertmaster of the Teatro alla Scala Milano; Takoua Ben Mohamed, graphic, journalist and writer; Anna Testa, actress and journalist and Manuela Tempesta, filmmaker are already testimonials. 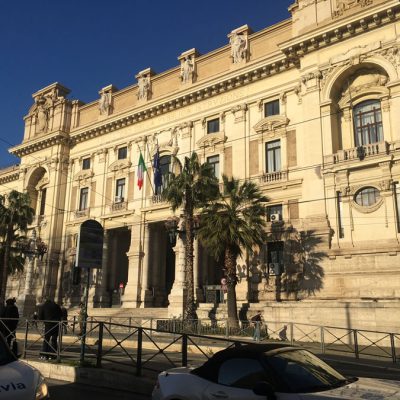