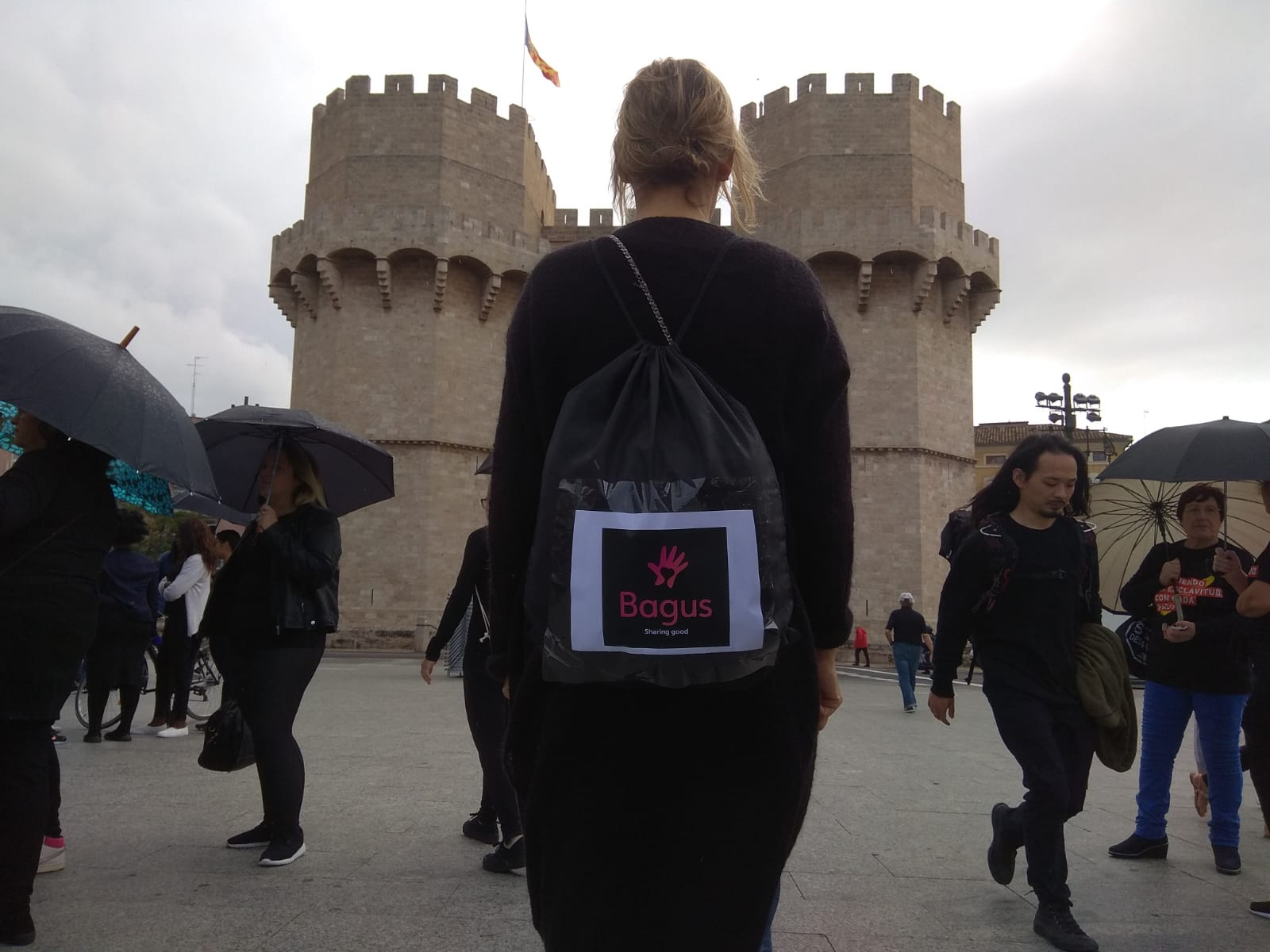 On 20thOctober, dressed in black, in single file, we took part in the “Walk for freedom” in Valencia.
The initiative is repeated annually with the event now in its fifth edition with the organization A21 present for 9 years worldwide and operating in 50 countries and over 600 cities to fight slavery and with which Bagus felt connected from the beginning to the way of operating and spreading principles.
«Unfortunately, it is still from the most developed countries that the demand that generates the market starts. Spain – says Elena Avi, Holistic Health Coach of Bagus team, who lives in Valencia – sadly occupies the second place in Europe for the number of “slaves” in particular in the field of prostitution. The bad weather of that day did not discourage participation, highlighting even more the difficulties faced by those who have no choice”.
The right to freedom is the founding value of existence itself.
Every step is important, every voice is important, as it is also evident from the slogan of the walk for freedom: “Walk locally, impact globally”.

The association of social promotion BAGUS could not miss it given the absolute consistency of inspiring principles and the shared will to contribute to create a better world, also laying the foundations for future collaborations on the territory, making our reality more and more known.“We can be a name, or a number, but we can even choose to make a difference and live totally for what we are called to do and where we believe. Some might ask us what sense it has to make it known that a Bagus member took part in a demonstration with hundreds of other people. In fact – underlines President Bagus Katia Tafner – this is precisely one of our founding messages: the centrality and potential of each individual. What matters are the ideas we decide to support and also the way we do it”.

This opportunity has allowed us to already work to bring one of our projects to the Spanish territory with the format launched this summer “Women enemies of women. When the alliance that would change and save the world reneges” this time, with a new angle, highlighting what can happen when more teams of women come together to heighten their values ​​and those they believe in.